A simple cheek swab of mothers and fathers-to-be could determine whether their baby will be born prematurely, experts claim.

Washington State University researchers say the finding would eventually lead to a ‘very useful’ test that can spot pregnancies that are likely to be preterm, allowing doctors to intervene early.

Tens of thousands of babies are born premature — before the start of the 37th week of pregnancy — in Britain and the US every year.

Being born early is a leading cause of death among newborns. Survivors are more likely to develop future health problems, such as disabilities and seizures.

Scientists from Washington State University, who studied 40 sets of parents, found around 100 differences in the epigenetics of fathers and mothers who gave birth preterm compared to those who had their baby at full-term 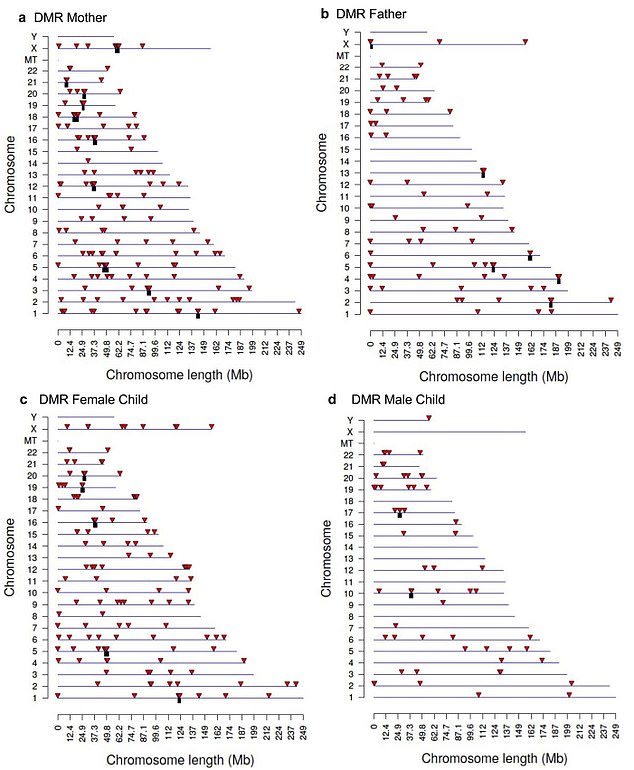 How common are premature births?

Around eight per 100 babies are born before 37 weeks of pregnancy.

This means around eight per cent of births in the UK are preterm, equaling around 60,000 babies a year.

Of these births, five per cent were extremely preterm – meaning they happened sooner than 28 weeks.

Around one in 10 were very preterm, which means the mother gave birth between week 28 and 32 of pregnancy.

Meanwhile, the majority were moderately premature, meaning the baby was born between 32 and 37 weeks.

Around 95 per cent of babies born after 31 weeks in the UK survive, but the survival rate drops the earlier that the baby is born.

The earlier a baby is born, the higher the risk of it having health problems.

One in 10 of preterm babies will have a permanent disability, such as lung disease, cerebral palsy, blindness or deafness.

And around half of those born before 26 weeks will have a disability.

The risk of giving birth prematurely is highest for black Caribbean women (10 per cent) and lowest for white women (six per cent).

The NHS can determine if a woman is at risk of giving birth early based on whether they have done so previously, if their cervix has been damaged during surgery or if their cervix is ​​short.

But in some cases, pre-term labor is planned because it is safer for the baby to be born sooner, such as if the mother has a health condition.

For the study in the journal Scientific Reports, scientists took cheek swabs from 40 sets of parents nine days after their baby was born.

Half of the mother-father pairs had a baby born prematurely, while the others were carried to full-term.

Lab analysis of the samples showed mothers of premature babies had 100 unique biomarkers, which could enable them to be identified early.

Distinct epigenetic signatures — molecular processes that determine how genes behave — were also spotted in swabs of fathers, although there were fewer.

But study author Professor Michael Skinner said biomarkers were present in all the parents whose babies were born early.

Biomarkers were also spotted in female babies who were born preterm but not in boys, results showed.

The marker among girls could potentially be used to determine whether they are at risk of giving birth prematurely later in life, the team said.

The researchers said their findings suggest that a test could be developed to spot these differences among expectant parents.

Being able to predict preterm birth and intervention to reduce the rate of early births would have a ‘significant impact on human health’.

It would allow caregivers time to take action to delay or prevent the early birth, the researchers said.

Current treatments to halt early labor include inserting a hormone in the vagina or an operation to put a stitch in the cervix to help support it.

Professor Skinner said: ‘Although we may not be able to fix the problem, if we know that it’s going to develop because of these diagnostics, we can treat it.

‘This could help with the transition from reactionary medicine to preventive medicine.’

However, the researchers noted that longer and larger studies would be needed to refine which biomarkers to test for.

A preterm birth is classified as a baby born less than 37 weeks after conception. It affects around one in 10 births.

Pregnant women are more likely to give birth premature if they smoke, have diabetes or are carrying twins.

However, it is unclear exactly why some women give birth early in more than half of preterm births.