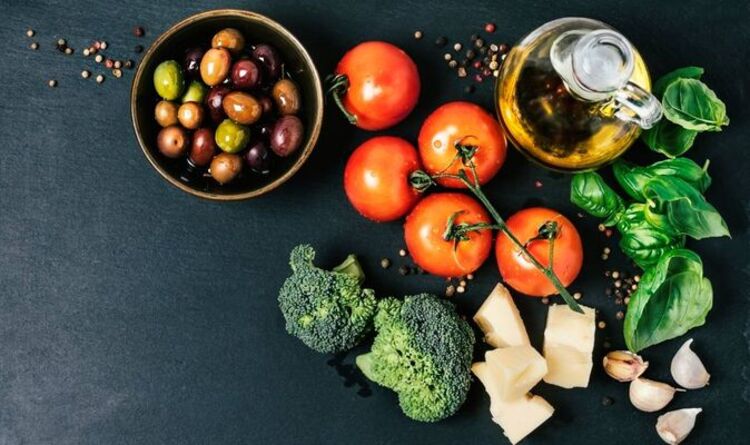 A study found that people who shifted their food choices towards a Mediterranean diet saw benefits for memory and thinking in just six months. Easy swaps include using olive oil as the main cooking fat, eating nuts three times a week and eating more legumes such as lentils, peas and beans.

Professor Anne-Marie Minihane, from the University of East Anglia, said many people find the idea of ​​switching to a Mediterranean diet daunting but even small changes can have brain health benefits.

She said: “There’s nothing really special about a Mediterranean diet. It’s a healthy UK diet with a few added extras.”

The study, presented at the Alzheimer’s Research UK (ARUK) Conference, enrolled 108 volunteers aged 55 to 74 who were at higher risk of heart and circulatory diseases.

Some were given £30 a week in food vouchers, took part in online sessions and set goals for lifestyle changes. Others stuck to their normal diets.

Tests six months later suggested those who made changes had seen significant improvements in their brain function and memory.

Professor Minihane added: “There’s a misconception that fish is really expensive but there is lots of fish that we catch in the UK, like herring and mackerel, which are really good quality when it comes to cognitive health.”

Dr Susan Kohlhaas, the director of research at ARUK, said: “Evidence suggests nearly 40 per cent of dementia cases could be avoided if we could eliminate 12 potentially modifiable risk factors, and it’s important we explore all possible ways to prevent the condition.

“A Mediterranean-style diet – one low in meat and dairy but rich in fresh fruit and vegetables, cereals, beans, nuts and ‘healthy’ fats like olive oil – has previously been linked to a range of health benefits particularly to do with the heart.

“Some previous research has suggested cognitive benefits are associated with a Mediterranean diet. These findings are preliminary results, and we must wait to see the findings in a peer-reviewed scientific journal.

“However they are intriguing and offer a tantalising glimpse at the impacts that we can all make.”

Another study, presented at the Alzheimer’s Research UK (ARUK) Conference, found older people with mild cognitive impairment (MCI) were more likely to see their brain abilities return to normal if they took part in such activities as volunteering, meeting friends and attending clubs .

The research used data from almost 2,200 participants in the US National Social Life, Health, and Aging Project.

At the beginning of the study period, 972 had MCI – often a precursor to dementia.

Their social engagement was registered based on how often they had taken part in volunteer work, attended group meetings, socialised with friends and relatives or attended religious services in the past year.

When their brain health was assessed again five years later, 22 per cent of those with MCI had improved enough that their scores were now considered normal. Some 12 per cent had developed dementia and the remaining 66 per cent still had MCI.

Participants who had active social lives at the start of the study were more likely to have improved than others.

Lead researcher Professor Ming Wen, an expert in sociology at the University of Utah in the US, said investing in facilities that encourage a busy social life, such as senior community centres, could have huge benefits.

She added: “I already told my friends who are middle-aged: ‘If you want to be smart in your old age, let’s keep playing pickleball [a game similar to tennis].’

“Anything is better than nothing. Just taking part in one activity would improve your chances [of reversing MCI]compared to someone who is isolated.”

Dr Susan Kohlhaas, the director of research at ARUK, said: “A decline in memory and thinking is caused by a complex mix of age, genetics and lifestyle factors.

“We know keeping is a pillar of good brain health and that midlife is connected being identified as a key time in people’s lives when we can act.

“Further research is needed to delve deeper into the findings. We know those who develop MCI don’t always go on to develop dementia – a progressive condition – so understanding the disease mechanism at play should be an important piece of work going forward.”