Surgery, chemotherapy, radio-therapy and even ablation – where heat is used to destroy tumors – are some of medicine’s most effective tools against cancer, but the potential side-effects can be hard to bear.

In fact, Sheila was spared these thanks to a radical new form of therapy that uses tiny bubbles of gas to destroy tumors within minutes and does not leave a mark on the body.

She was one of the first patients in the UK to undergo histotripsy, where focused ultrasound waves are directed from outside the body to destroy tumors by generating thousands of exploding gas bubbles. So rapid is the procedure that her tumor was obliterated – painlessly – in under seven minutes. 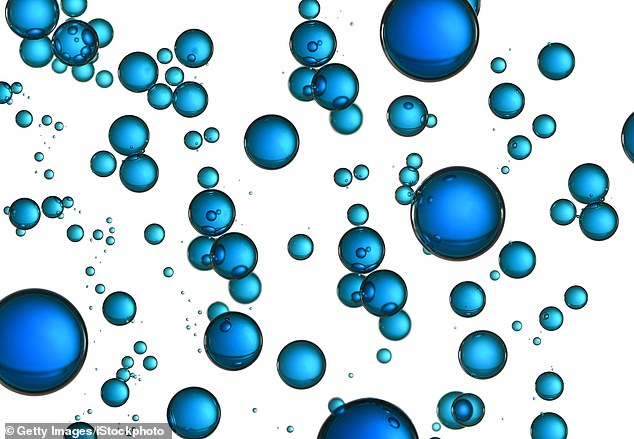 ‘It was amazing,’ says the grandmother of eight, who had the treatment last August at St James’s University Hospital in Leeds.

‘I did not need any medication – not even painkillers afterwards,’ adds Sheila, who lives in Bradford with her partner Frank, 70.

‘I was able to go shopping the next day, and two days after my treatment I was out with friends. It did not even leave a mark on my skin. ‘

It is now hoped the procedure can help those with tumors in other parts of the body.

Histotripsy was pioneered by researchers at the University of Michigan in the US and relies on a process called cavitation – creating an empty space inside something solid – to eradicate cancer.

First, a beam of ultrasound energy is directed through the skin to the tumor site. As the beam hits the targeted spot, it activates thousands of pockets of gas that occur naturally in tissue throughout the body, even tumors, as a result of the respiratory process.

These tiny pockets of gas are usually dormant, but when blasted with the sound waves, they expand, vibrate and explode, forming a high-energy cloud of microbubbles in the tumor.

As they rapidly expand and collapse, the bubbles break up surrounding cancerous tissue, liquifying it into a solution that then gets passed out of the body as waste.

Unlike existing treatments such as microwave ablation, where a heat-generating probe is used to ‘cook’ tumor cells, there is no heat that might damage surrounding healthy tissue, making cavitation potentially safer.

This capacity for ultrasound to destroy tissue has been known about for years but was not previously adopted as a cancer treatment because it was too difficult to control the bubble clouds and avoid damaging healthy tissue.

However, the process has now been fine-tuned and the energy source can be better directed inside the tumor, avoiding the risk of nearby healthy tissue or organs being affected.

‘Rather than using heat, radiation or surgery to remove the tumor, the bubble cloud created by histotripsy is so powerful that it ruptures the tumor but does not damage the tissue around it,’ she says.

Scientists chose to trial the cavitation procedure on liver cancers because of the poor five-year survival rate, but the technology has the potential to treat other organs, too, including the kidney, pancreas, breast, prostate and brain.

The procedure is performed under general anesthetic and uses real-time ultrasound scans of the liver, which enable the radiologist to watch the tumor being located and obliterated.

A bedside machine with a robotic arm, made by a University of Michigan spin-off company, HistoSonics, has been moved into position over the patient’s abdomen.

Attached to the end of this arm is a transducer, a device that, once activated, converts electrical energy into ultra-sound energy.

Professor Wah explains: ‘Once the tumor in the liver has been located, it becomes the target which the system locks on to.’

The machine’s software then calculates how much energy is needed to create a powerful enough bubble cloud to kill the tumor, with focused ultrasound waves converging at a focal point in its center.

‘As the debris of the tumor has been liquified, it will be absorbed naturally by the body before passing out of it as waste,’ says Professor Wah.

By contrast, with conventional ablation treatment (which also uses image guidance), a needle is passed into the patient’s abdomen and goes into the tumor. Once in place, the microwave energy heats up water molecules within the tumor, thereby destroying it.

The debris created becomes scar tissue, and although it is considered a safe treatment, there is a small risk that nearby blood vessels (or in the case of liver cancer, bile ducts) could be damaged by the heat.

So far, two patients have been treated with histotripsy in Leeds and two at the Freeman Hospital in Newcastle. Four hospitals in Europe are also taking part in this # HOPE4LIVER trial, involving 40 patients.

‘It’s very early days, but for the patients who have so far undergone histotripsy, it’s encouraging, and it’s exciting to treat patients without making an incision or even using a needle,’ says Professor Wah.

Professor Gail ter Haar, the team leader in therapeutic ultrasound at the Institute of Cancer Research, says: ‘I think the use of histotripsy is very exciting. In the past, we used to say do not use bubble activity as a treatment because it’s unpredictable.

‘But more recent research has shown that the use of acoustic cavitation, which is what the HistoSonics system is using, can now be controlled. You can now generate its energy where you want and keep it going to mechanically disrupt the tumor tissue.

‘In the future, this treatment could be used for tumors in the prostate and kidneys, and tumors where bone or the ribcage will not disrupt the highly focused beam.

‘But because ultrasound cannot pass through gas, it could not be used to treat deep-seated lung tumors, for example.

‘The jury is probably still out on whether this will be more successful than thermal ablation, but it will be interesting to see if this treatment takes off.’

Before her diagnosis and ground-breaking treatment, Sheila, a retired contracts manager, had been experiencing discomfort in her abdomen for three or four months, with ‘a constant dull pain’ in her side which got worse if she lifted anything heavy and which woke her during the night if she turned over.

By April 2021 it was almost unbearable; after one car journey when she was wincing in agony every time the vehicle went over a speed bump, Sheila’s partner Frank called an ambulance to take her to hospital. Tests revealed she had two liver tumors.

The larger tumor was treated with histotripsy; the smaller one was obscured by Sheila’s ribs so would be invisible on the ultrasound and required ablation instead.

‘After the histotripsy, I did not feel any pain in my abdomen,’ says Sheila.

‘But after having the conventional microwave thermal ablation in November last year, I stayed in hospital for a week and then was in agony for about five weeks. I was taking prescription analgesics as well as paracetamol that I bought to cope with the pain.

‘At first, I could not even stand long enough to be able to peel the vegetables while making our evening meal.’

Sheila, who is still regaining her strength following her ablation, is now looking forward to getting married to Frank later this year and some holidays, too. Follow-up checks have shown no signs of cancer on her liver.

‘I’ve booked us a holiday in Ibiza in June and another one near Skegness,’ says Sheila. ‘I feel so fortunate to have had this treatment.

‘I hope it can be used to help patients with other cancers, as well as those with the same cancer as mine. That really would be wonderful. ‘

Can you run up the stairs? 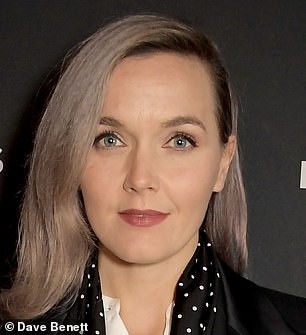 I always run up the stairs, usually two at a time. That’s just the way I do everything. I exercise probably six days out of seven. I’ve got my two horses to exercise, too.

Get your five a day?

Probably most days I eat way more than five. I love a colorful diet and I really enjoy cooking from scratch. I’ve been on a vegan or plant-based diet for nearly nine years, and would never go back. I feel good for it.

I’ve never been much of a dieter. If I could exercise all day, I would. I’m lucky in that I’ve never really had to strictly reduce my calorie intake to lose weight. I’ll just go for a longer run. I am 5ft 4in (1.65m) tall and weigh 8st 13lb (57kg).

I do like a couple of glasses of red wine at the weekend, and dark chocolate. I would not say they were vices really.

Touch wood, I’ve been very fortunate, despite doing a lot of dangerous sports. I broke my finger as a kid in gymnastics class, vaulting, but that was pretty much the worst of it. I’ve also fallen off a few horses and had a bit of whiplash, but that’s kind of normal.

Health conditions that are linked to other ailments. This week: Gum disease and dementia

Gum disease may increase the chance of Alzheimer’s disease, according to a study by Cornell University in the US The study was based on blood tests for 19 antibodies to oral bacteria taken from 6,000 older adults. Those diagnosed with Alzheimer’s had higher levels of antibodies against the bacterium P. gingivalis, a factor in gum disease, the Journal of Alzheimer’s Disease reported. It is thought the bacterium travels to the brain and causes inflammation.

I generally take a multivitamin if I’m feeling a little bit flat, or in the winter. I do not take one every day. I tend to avoid popping pills if I can. If I have a headache, I’ll wait until I really need to take one.

Very well. I’ve got quite a high pain threshold.

I love a bit of acupuncture. I find it really helpful for aches and pains or strains. I have had chiropractic treatment, too.

Yes. I suffered from severe depression after having hypoxia [when attempting Everest in 2018]. I had a lot of time with counselors and that really helped. Surfing helped a lot, too. I was prescribed medication but it just did not sit well with me. I felt worse, so I stopped immediately.

I’ve never had a hangover.

Ever have cosmetic surgery?

I’m totally in favor of non-invasive plastic surgery. I think there’s no reason why you can not make yourself feel better. I have had a little bit of Botox myself.

What keeps you awake?

I actually sleep really well – getting about eight to ten hours a night.

Definitely not. I think that’s an absolutely terrifying idea. Why would you want to live forever and watch everyone you love and know pass around you?

Victoria is supporting the launch of SlimFast Vitality shakes – slimfast.co.uk