A man has been left with lifelong scars on his buttocks after a botched NHS surgery and caused horrific burns.

Paul Hickman, 43, from Walsall in the West Midlands, was burned during the routine NHS surgery to improve circulation in his legs last March.

During the operation at Russells Hall Hospital in Dudley, he was given a heat mattress — which was banned by the hospital after an identical incident five years earlier.

‘Inappropriate use’ of the mattress and an alcohol solution used in preparation for the surgery coming into contact with his skin and caused the burns.

After suffering from excruciating pain from the surgery, Mr Hickman was told he had been burnt and would have scars for life.

When it emerged another patient had gone through the same ordeal, he decided to take legal action against the hospital.

Lawyers representing Mr Hickman would not reveal what specific surgery he received or his occupation.

A similar case at Maidstone Hospital in Kent in 2014 saw the hospital charged £180,000 for using a heat mattress that caused third degree burns during surgery. 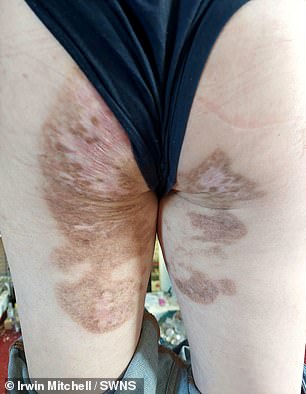 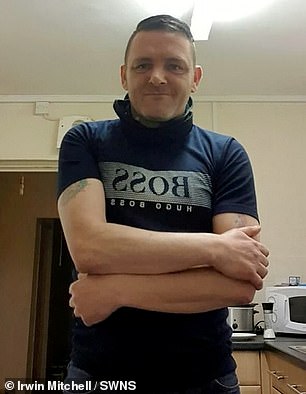 Paul Hickman (right), 43, from Walsall in the West Midlands, has been left with lifelong scars on his legs buttocks after a botched surgery caused horrific burns on his backside (left)

Mr Hickman said: ‘It was a very worrying time and I obviously hoped that the surgery would go well. However, afterwards I remember just being in a lot of pain.

‘When I was told that I had suffered burns, I was shocked and confused. I couldn’t understand how that had happened.

‘The pain from the burns and scars I had all down the back of the tops of my legs was unbearable. I was in so much pain and painkillers didn’t really take the edge off.

‘While the burns are starting to heal, I still have a lot of marks and scars where they have been and I’ve been told some of the scarring won’t disappear so will be with me for life.’

He claims he now sits differently and has to lean to the side now because of the scars, which feel dry and scaly and require him to apply cream every day. 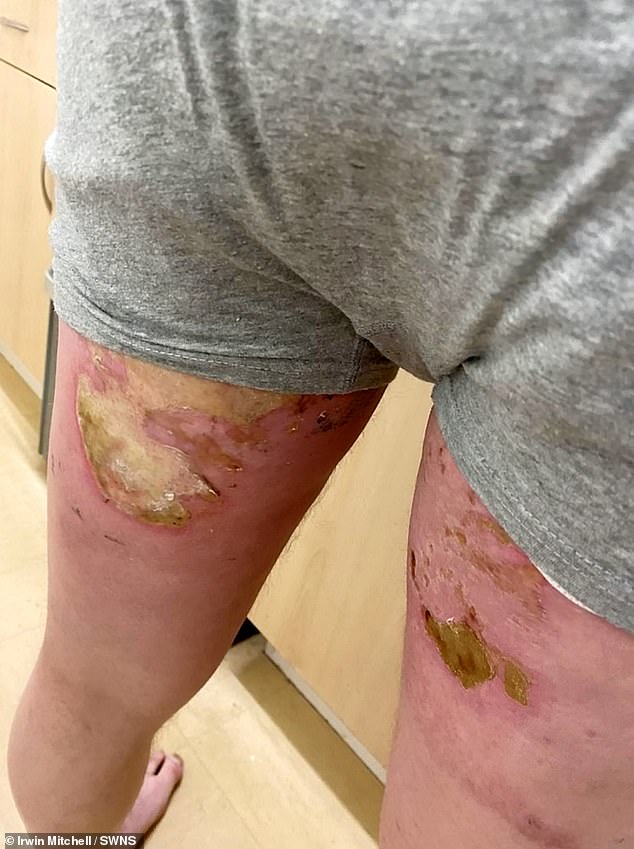 After suffering from extreme pain from the surgery, Mr Hickman was told he had been burnt and would have scars for life

Mr Hickman continued: ‘What makes what happened to me even more shocking is hearing about the previous incident.

‘I hope that by speaking out I can help prevent yet another similar incident happening. This has happened twice and I don’t want it to happen again.’

A root cause analysis report by Dudley Group NHS Foundation Trust, which runs the hospital, classed what happened to Paul as a ‘major incident’.

The Trust found the use of alcohol-based solution during Paul’s preparation for surgery and the ‘inappropriate use’ of a heated mattress in surgery led to his burns.

The report stated: ‘The unusual combination created the ideal circumstances to create a significant burn.’ 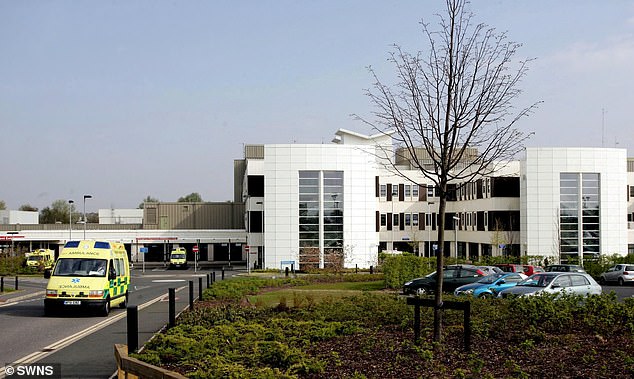 During the operation at Russells Hall Hospital in Dudley (pictured), he was given a heat mattress — which was banned by the hospital after an identical incident five years earlier

The investigation also revealed the use of heated mattresses was banned following an identical incident in 2016.

The report said the incident led to the ‘complete stopping’ of certain heated mattresses being used in vascular procedures.

Alexandra Roberts, the solicitor at Irwin Mitchell representing Paul, said: ‘The severity of the injuries Paul suffered needs to be acknowledged, with the Trust itself declaring what happened as a major incident.

‘Understandably what happened to Paul has had a physical and mental impact upon him.

‘What is particularly worrying is that the injuries he suffered came after a fellow patient was injured in a similar incident and the Trust had taken measures to apparently avoid a repeat of this happening.

‘While it’s too late for Paul it is now vital that lessons are learned from what happened to Paul and that the Trust ensures its guidance is upheld at all times to maintain patient safety.’

Dudley Group NHS Foundation Trust has been approached for comment.