The price of insulin in America has been a hot-button issue in America for years, and with discussions about potential price caps on the drug being put into the spotlight by President Biden this week, a non-profit company is hoping to fill the need for affordable insulin in the country.

Civica Rx, a non-profit organization from Lehi, Utah, announced Thursday that it would manufacture and sell generic insulin for $30 per vial.

The drug, which many diabetics require just to stay alive, has become the posterchild of the discussion rising surrounding drug prices in America.

A vial of the drug, which a diabetic may need two or three of every month, can cost anywhere from $100 to $300 a month, with the price having rapidly increased in recent years.

The recent price increases have opened a conversation around capping prices, with multiple states passing bills in recent years that would limit out of pocket costs for insured Americas. 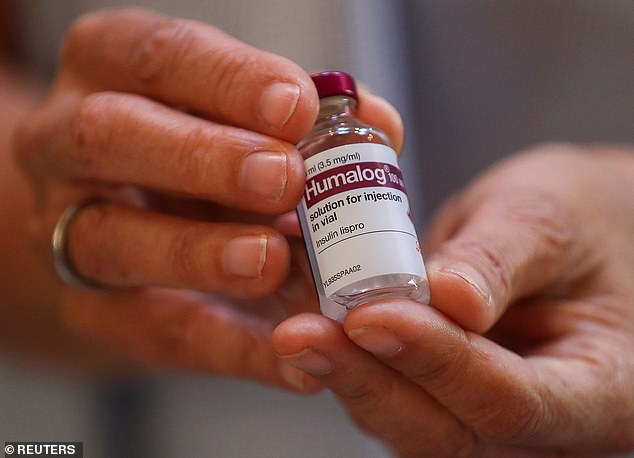 President Joe Biden has been a proponent of a federal $35 a month cap on insulin prices, and noted the high prices Americans face during his State of the Union address on Tuesday.

‘One in ten Americans has diabetes,’ Biden said, before telling the story of a teenager from Virginia he met whose family had trouble affording his insulin medication.

‘Drug companies will still do very well [with a price cap]. And while we’re at it let Medicare negotiate lower prices for prescription drugs, like the VA already does.’ 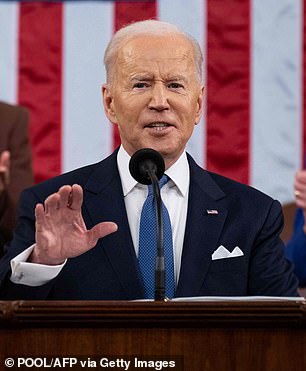 Presidnet Biden (pictured) has been a proponent of a $35 per month insulin price cap, and has included it within his BBB agenda. The issue has large bipartisan support at the state and federal level

A federal cap is already a part of Biden’s signature ‘Build Back Better’ (BBB) ​​agenda, and Georgia Sen Raphael Warnock, a Democrat, has also filed a separate bill proposing the price cap.

It is very unlikely that BBB will pass into law, with the bill currently stuck in the senate with virtually no chance of earning the 60 votes necessary to bypass the filibuster.

According to data from the Department of Health and Human Services, Americans pay ten times more per vial of insulin that residents of peer developed nations.

The high prices have been blamed for many preventable deaths, and for some Americans taking part in the dangerous practice of ‘insulin rationing’, where a person will take smaller doses than they need every day – or even skip some days – in an effort to make each vial last longer.

‘It is just preposterous — beyond preposterous — that Americans with diabetes sometimes pay more than $600 just for a 40-day supply of insulin,’ Senate Majority Leader Chuck Schumer, also a Democrat, said earlier this year.

Some Republicans, such as Louisiana’s John Kennedy have voiced support for insulin price caps as well. 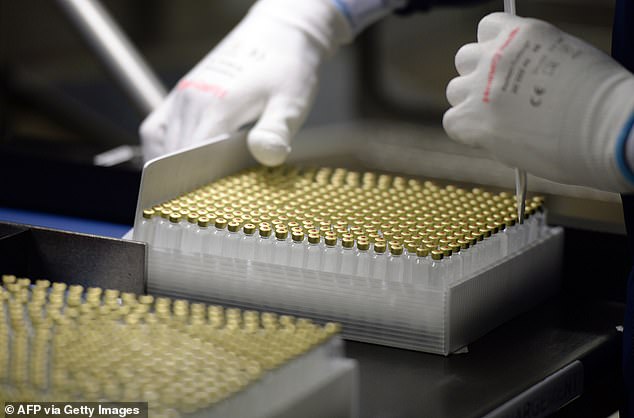 Many of these caps only apply to Americans with health insurance, though, as it passes the high costs for the drug from the customer to the insurer.

Someone who does not have health insurance – around 28 million people – will still have to pay out of pocket costs.

The generic insulin manufactured by Civica will have a sticker price of $30, making it more accessible to the uninsured who may not be considered by price caps. 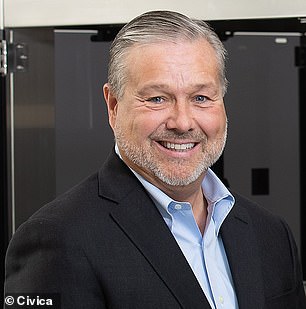 ‘Diabetes is arguably America’s most chronic condition, and it is heartbreaking that millions of expensive people are rationing their care and putting their lives at risk because they can no longer afford insulin,’ said Dan Liljenquist, Chair of Civica, said in a statement.

‘Through mission-driven partnerships, we are choosing to create a new market reality where no one is forced to ration essential diabetes medications.’

The company will produce three different insulin products, all with the recommended price of $30 a vial.

‘More than 8 million Americans rely on insulin to live, but many can’t afford to take the amount they need because of the historically high and prohibitive cost of insulin,’ Martin VanTrieste, CEO of Civica said.

‘We know that to really solve for the insulin cost and access challenges so many Americans face, we need a process – from manufacturing to setting a transparent price – that ultimately lowers the cost of the drug for those living with diabetes.’