Covid cases in America are continuing to plummet, and with the White House unveiling plans this week to tackle the virus going forward without the need for more lockdowns or other strict measures, many are hopeful that the US will avoid being slammed by another summer surge – as it was the previous two years.

Dr Scott Gottlieb, former director of the Food and Drug Administration (FDA) told CNBC’s Squawk Box on Thursday that he does not expect the US to experience another Covid surge in the coming months, and if another does occur it will happen as early as fall or winter of this year.

He also praised the White House’s new strategy to tackle Covid going forward, which was first announced by President Biden during Tuesday night’s State of the Union address and fully unveiled Wednesday morning.

The plan includes ramping up domestic production of tests, antivirals and masks, expanding access to public health resources and information, helping Americans manage ‘long Covid’ symptoms and launching the ‘Test to Treat’ program, which should expand access to Covid therapies.

It also gives funding to schools and daycare centers to improve their ability to prevent transmission, supplying them with Covid tests and resources needed to improve ventilation. 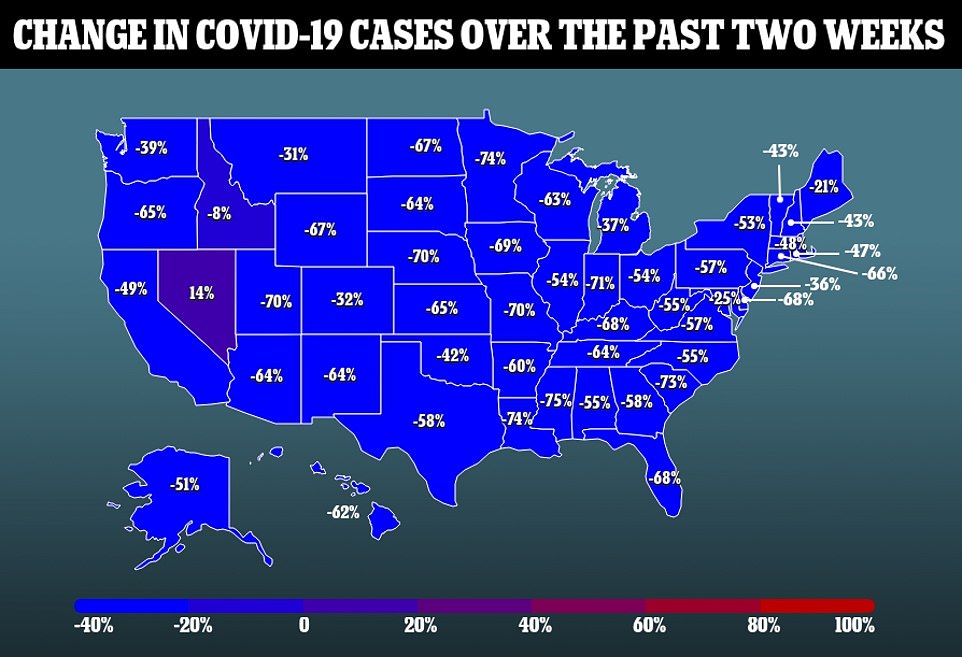 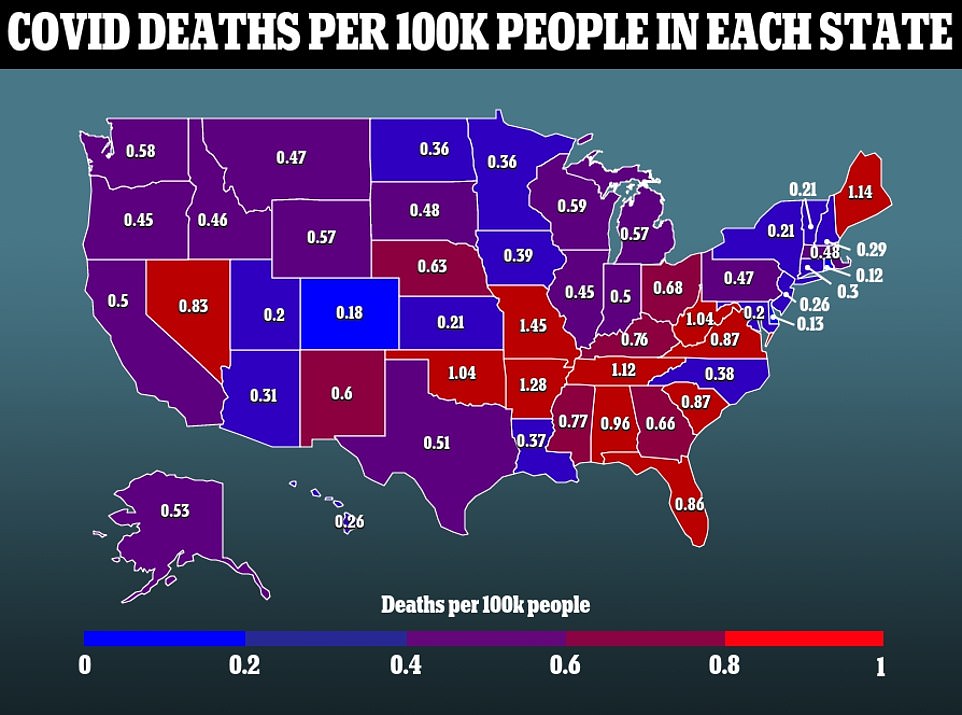 Putting many of these plans in place will take time, and while there are criticisms of the administration for waiting an entire year to start this process, Gottlieb believes that now since there should not be a Covid surge for the foreseeable future, America has bought enough time to start preparing for a post-Covid world.

‘The criticism you can say is why didn’t the administration do this six months ago? But we learned a lot along the way, and we’re doing it now,’ Gottlieb, who also serves as a board member for Pfizer. 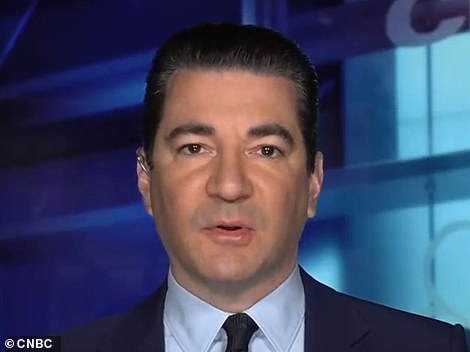 Dr Scott Gottlieb (pictured), for chief of the FDA, does not expect the US to experience another surge of Covid cases this summer. The country has been slammed by the virus during the previous two seasons

‘We do have time, hopefully, to get these things in place.’

He also added that ‘we’re gonna have a pretty normal spring and summer’ as he does not expect cases to surge for the next six months.

Gottlieb believes this plan will be especially good for schools. While schools have been open since for a year and a half, many have been plagued with Covid outbreaks, forcing students to miss crucial time in the classroom. Some localities have resorted to masking in schools to prevent Covid transmission, but the controversial policies have been criticized for hurting children’s ability to socialize during key years of their development.

While masks are being ditched in schools all around America, new plans laid out by the federal government could hopefully reduce transmission and prevent school closures caused by Covid.

‘We never really provided good guidance to schools,’ Gottlieb, who has been a critic of school mask mandates, said.

‘Ultimately schools had to look to state agencies to get a real playbook on how to stay open amidst a surge of infection. This is really a restart on things we didn’t do adequately.’ 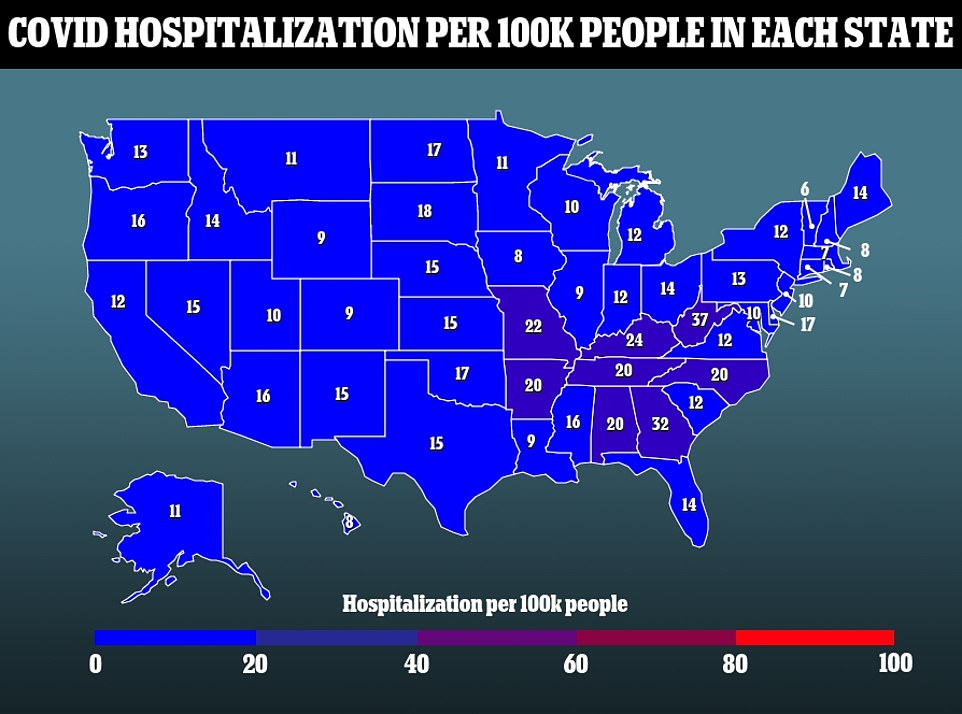 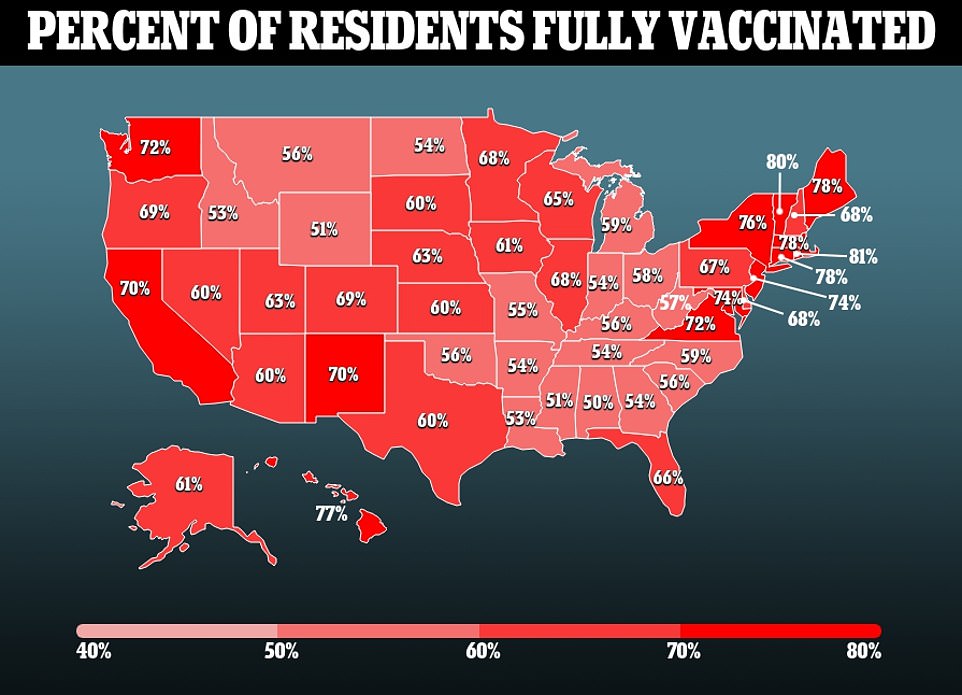 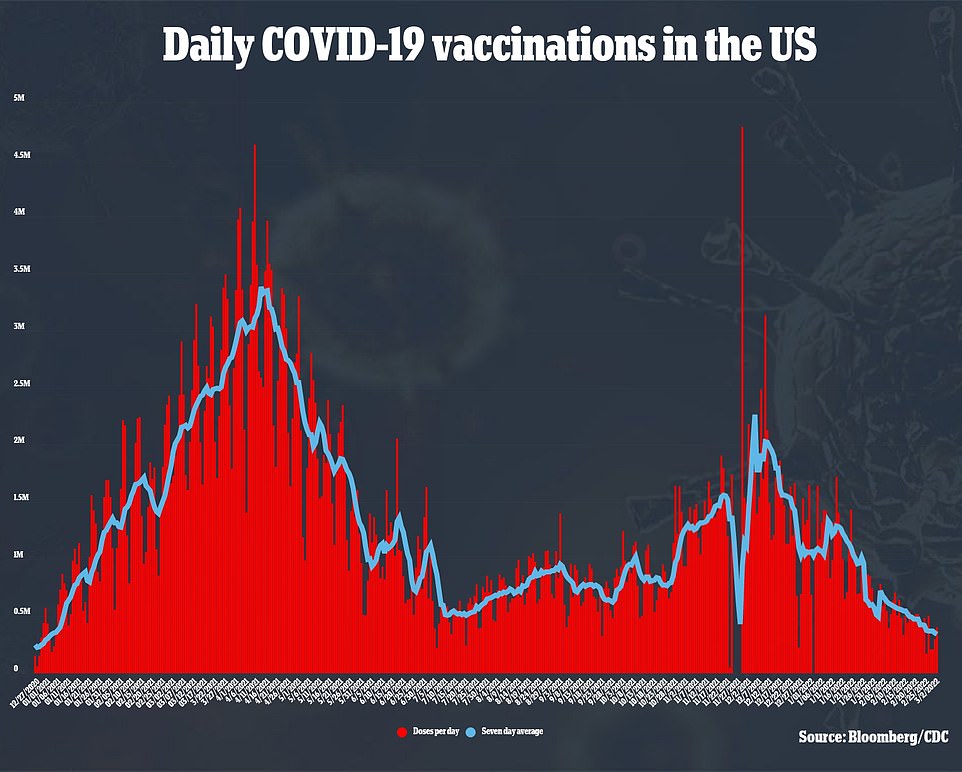 The White House plan was unveiled as more Americans start to transition back to normal life amid dropping Covid cases and the lifting of pandemic-related restrictions.

The US is averaging 59,245 Covid cases every day, a 25 percent drop over the past week and a 92 percent drop from the mid-January peak of the Omicron surge, when daily case averages reached as high as 800,000 per day.

Americans are highly protected from the virus as well, with official CDC data showing that 88 percent of adults have received at least on shot of a COVID-19 vaccine, and 75 percent are fully vaccinated. The agency also reports that 94.4 million Americans have received a booster.

‘Thanks to the progress we have made this past year, COVID-19 need no longer control our lives,’ President Biden said during his speech on Tuesday.

An AP-NORC survey conducted last month found that only 24 percent of Americans are still very concerned about themselves or someone in their family catching the virus.

In response, American cities and states are rolling back Covid restrictions and allowing their citizens to live as normal. Hawaii remains the only state that either still has a mask mandate, or does not have a scheduled day to lift it in the coming weeks.

The island state may soon join its peers, though, as officials lifted quarantine requirements for visitors on Tuesday.

New York City, which has had some of the strictest Covid guidelines throughout the pandemic, will even lift vaccine checks and mask mandates starting March 7. The city’s mandate for private employers will still apply, though.

Other cities like Chicago, Philadelphia and San Francisco have also removed or relaxed public indoor mask mandates in recent weeks. 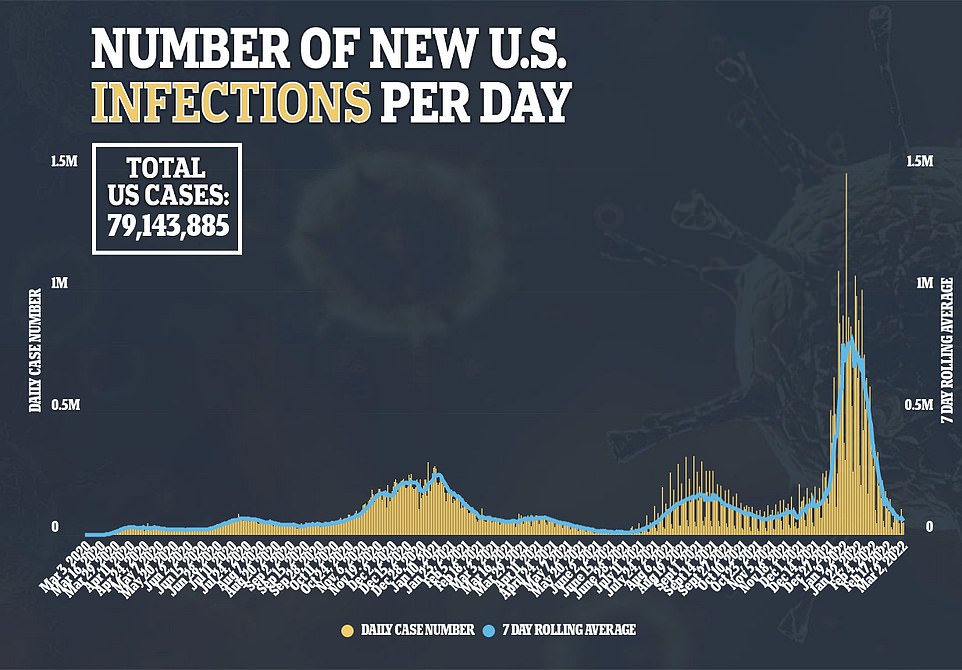 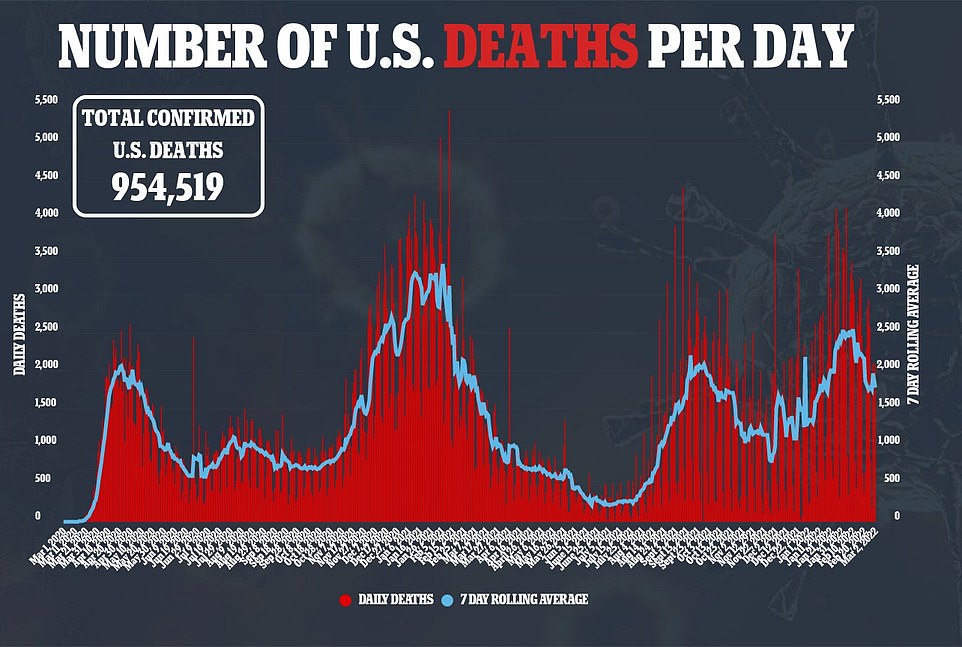