A JetBlue pilot was removed from the cockpit after taking a breathalyzer minutes before takeoff and blowing four times over the limit after consuming up to ’10 tallboys around midnight.’

James Clifton, 52, of Orlando, Florida, blew a 0.17 – which is four times over the legal limit for a pilot and double the normal limit – before an early morning 6.15am flight on Wednesday. In addition, pilots and crew members are not permitted to consume alcohol within eight hours of their shift, the Federal Aviation Administration said.

Clifton reportedly told police he had five or six drinks the night before and had not been drinking the morning of the flight, according to ABC 7. He later corrected himself and said he had up to eight drinks.

An officer reportedly overheard Clifton say on the phone that he had ‘ten 22-ounce tallboys and left the restaurant around midnight.’ The actual number of beverages the pilot consumed is unclear.

He was pulled out of the cockpit at Buffalo Niagara International Airport ahead of takeoff to Fort Lauderdale, a Niagara Frontier Transportation Authority spokesperson said.

The pilot was reportedly visibly tipsy while going through security, prompting TSA to report to airport police, causing the flight to delay four hours. The flight, which was supposed to take off at 6.15am, arrived in Florida at 1.10pm, according to Flight Aware. 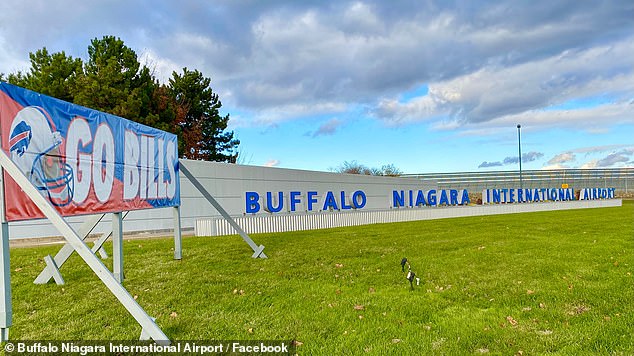 JetBlue pilot James Clifton, 52, of Orlando, Florida, blew a 0.17 – which is four times over the legal limit for a pilot and double the normal limit – before an early morning 6.15am flight leaving out of Buffalo Niagara International Airport (pictured) on Wednesday 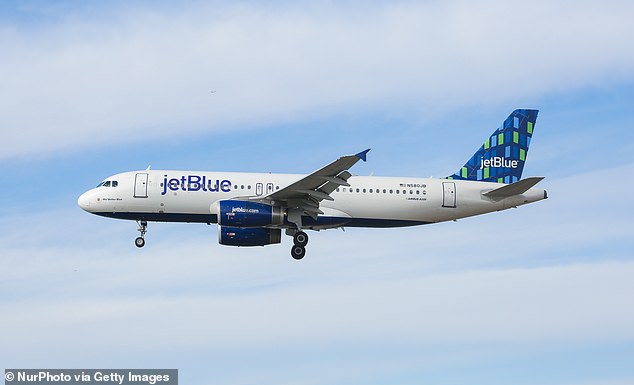 The flight to Fort Lauderdale was delayed four hours and the pilot was taken into custody and said he had seven to eight drinks, but one officer reportedly heard him on the phone saying he had ‘ten 22-ounce tallboys and left the restaurant around midnight’

Clifton was taken into federal custody and federal authorities were notified. The pilot was released to JetBlue security and may face charges, according to WKBW.

JetBlue said it removed the pilot from his duties. The airline told the New York Post: ‘The safety of JetBlue’s customers and crewmembers is our first priority. We adhere to all [Department of Transportation] rules and requirements concerning alcohol at all times and have a very strict zero-tolerance internal alcohol policy.’

The airline is also as internal investigation, as well as cooperating with local enforcement.

The Federal Aviation Administration also said they would investigate the matter, stating: ‘The FAA is investigating claims that an airline pilot attempted to report for duty while under the influence of alcohol. The agency takes these matters seriously.’

Just the day before, a drunk New York man was tasered seven times at an Orlando airport. 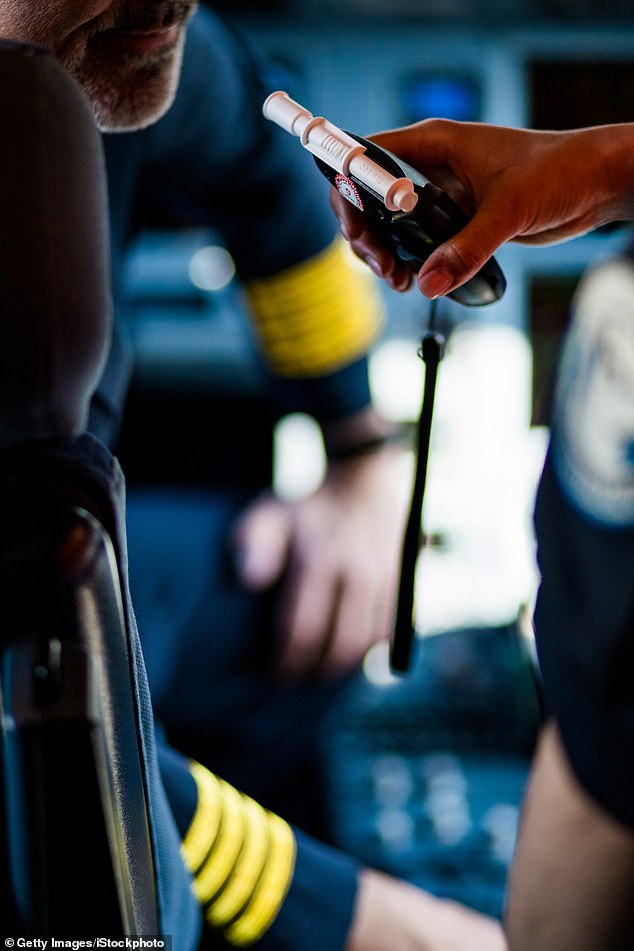 In addition, pilots and crew members are not permitted to consume alcohol within eight hours of their shift, the Federal Aviation Administration said. Pilots can’t be over a 0.04 BAC

A 280lb, six foot, drunken New York man got into a tussle with police at Orlando International Airport Thursday, in an encounter where he was Tasered seven times and still refused to go down.

The altercation served as the climax of a chaotic meltdown by 34-year-old Ryan Austin Martin, who police said got into a physical fight with his wife and daughter, 6, at the airport prior to the encounter, and had been separated from them by security

Orlando police said the man also attacked an airline employee before he was Tased. 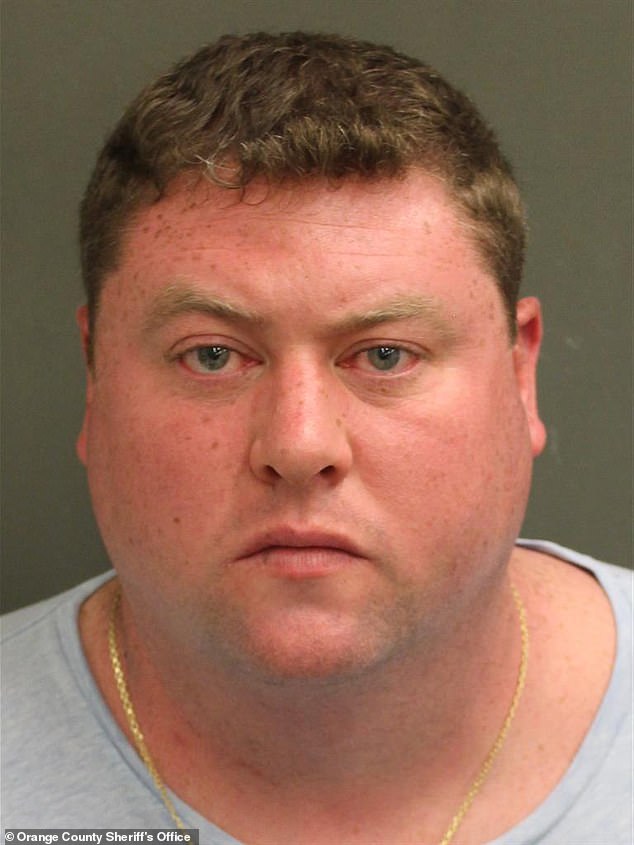 Massive Yonkers man Ryan Austin Martin, 34, was arrested Thursday after going on a curse-laden tirade at Orlando International Airport that resulted in him being Tasered seven times

The chaotic incident was recorded in full by a bystander.

‘You want to see a show?’ A looming Martin asks a group of people awaiting flights in the footage, many with their phones trained on him. ‘I’m gonna f***ing put on a show,’ he asserts, taking an aggressive stance as sirens blare.

‘Who wants to fight? Let’s go!’ the man shouts in the nail-biting footage, egging on scared-stiff staffers.

According to a arrest affidavit, the incident began when Martin, who hails from Yonkers, grew agitated at his wife and attacked her while waiting for a flight to New Jersey.

The redacted report revealed that during the struggle, Martin also pushed his six-year-old daughter and tried to pull the neck of someone else in his group and gab someone by the hair.

During that time, he left twice and returned with drinks, the report, filed by the Orlando police department, says. 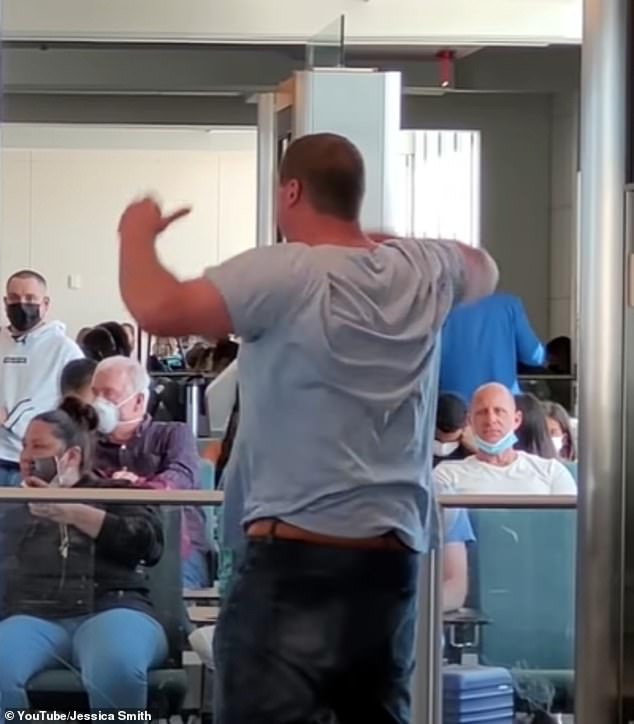 ‘Don’t touch me! Nobody touch me!’ he yelled, daring staffers and the responding officer to act 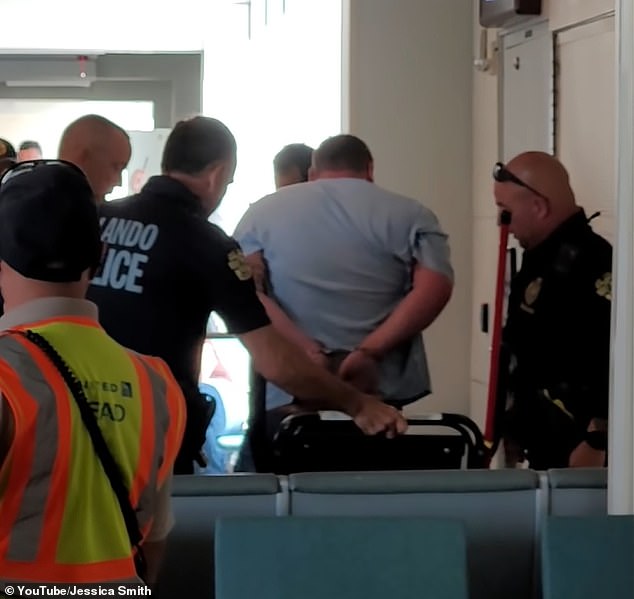 Martin was booked on one count each of child abuse, battery involving domestic violence, battery, resisting an officer with violence, and disorderly intoxication. It took four officers to hoist the behemoth man to his feet

The footage shows a belligerent Martin daring staffers to fight upon being separated him from his family, after a fellow flyer reported the alleged abuse.

‘Why am I being arrested?’ Martin shouts to a female staffer at the start of the clip, after being told to walk away from the locked jet bridge door separating the man from his family. ‘For doing nothing.’

‘Why am I being arrested?’ Martin repeats, before laying into a curse-laden tirade.

‘F**k you!’ F**k you!” the New Yorker shouts, standing in the center of the gate’s waiting area, progressively raising his voice and moving into an aggressive stance. ‘F***ing a**hole!’ he yells at an unseen staffer.

‘Don’t touch me! Nobody touch me!’ he then declares, while still daring staffers to act.

‘Hurry up motherf***ers. I’m gonna put on a motherf***ing show!’ Marin screams at the top of his lungs, striking a fighting pose.

He then concedes, ‘I had a couple drinks before the go**amn flight.’

The footage shows Martin repeatedly banging and punching the door in a vain effort to bring it down, screaming at staffers on the other side.

Eventually, one Orlando police officer arrives on the scene.

Martin then turns back to the door and punches it repeatedly, before someone on the other side seemingly unlocks it and lets him in.

Martin enters the other room for about a minute, during which point two staffers attempt to follow him in the room, which again sets the man off.

Martin’s family is then escorted outside of the room, where at which point Martin attempts to follow them.

The officer then sneaks up behind Martin with a Taser and pulls the trigger.

‘Oh!’ Martin can be heard saying in the recording, which spans about eight minutes, reacting to the 50,000 Volts coursing through his veins.

Still Tasering him , the officer commands a still-standing Martin to get on the ground.

The officer then sends another charge into Martin after the first pulse is up, who then proceeds to approach the officer, who responds by issuing a third burst.

Seemingly unaffected by the electrical onslaught, Martin then turns away from the officer, spurring the cop to wing a full-force punch at the back of Martin’s head to finally bring him down.

With the Taser still going, the officer attempts to restrain a still resisting Martin, ordering him to cooperate.

‘Put your hands behind your back,’ the officer says as he cuffs, Martin, Tasering him repeatedly, five, six, and eventually seven times, as an off-duty sheriff from New Jersey who happened to be at gate assisted with the arrest .

At that point, more officers arrive one the scene and successfully detain Martin.

‘Listen man,’ Martin can be heard pleading with officers while on the ground. ‘I just had too much to drink.’

It then takes four officers to hoist the behemoth man to his feet.

Martin was then booked on one count each of child abuse, battery involving domestic violence, battery, resisting an officer with violence, and disorderly intoxication.

He was admitted to Orange County Jail and released Friday night on a $2,950 bond, police said.