Covid US: Florida officials reveal guidance for AGAINST vaccinating children 17 and younger - freetxp Skip to content

The Florida Department of Health officially unveiled guidance that recommends against vaccinating children, a rare move that breaks from federal guidelines.

Florida officials revealed that they planned to issue the guidance on Monday, during a news conference that included Surgeon General Dr Joseph Lapado, Gov Ron DeSantis and a few controversial health figures like Dr Robert Malone.

Official guidance applies to all children 17 or younger and officials cite the potential risk of myocarditis as reason for the decision.

Children face little risk from Covid, with hospitalizations or deaths caused by the virus being especially rare. The outright recommending against an approved drug by a local health officials is a rarity, though. 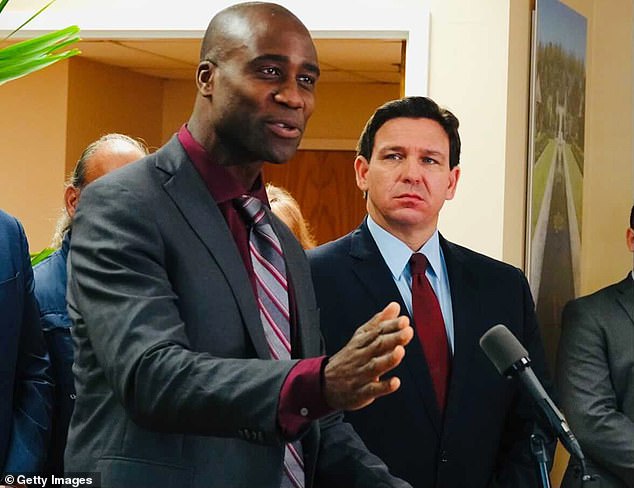 Dr Joseph Ladapo (left) issued guidance recommending against healthy children in Florida receiving the COVID-19 vaccine. He announced that he would make the move during a conference held by Gov Ron DeSantis (right) earlier this week 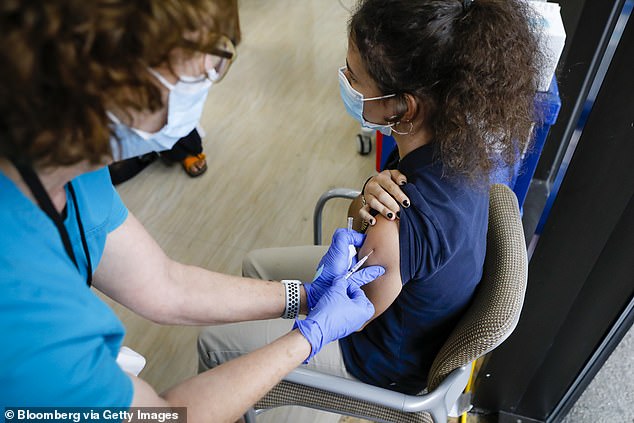 Children face little risk from COVID-19, with the CDC reporting that they account for less than 0.1% of deaths from the virus in America. Pictured: A young girl in Miami, Florida, receives a shot of a COVID-19 vaccine on May 18

‘…in general, healthy children with no significant underlying health conditions under 16 years old are at little to no risk of severe illness complications from COVID-19.’

The guidance also says that 16 and 17 year old children may face more risk from the vaccine than from the virus, a claim that is disputed by many health experts and officials worldwide.

Officials cited Pf’s clinical trial for its vaccine in children aged five 11 as one reason for its company, as the company had trouble the trial because of how the small number of kids in the control group to be hospitalized was.

Pfizer’s shot, which is a join effort with the German company BioNTech, is the only shot available to minors in the US

They also cited studies that show that efficacy of the vaccine declines over time, which health officials have warned about since last summer’s Delta variant-fueled surge.

A final study cited found cases of heart inflammation after 0.004 percent of vaccines administered to children aged 12 to 17, with the surgeon general bizarrely stating that children aged 12 to 15 were at the most risk, followed by those aged 16 and 17 – which is the entire study population. 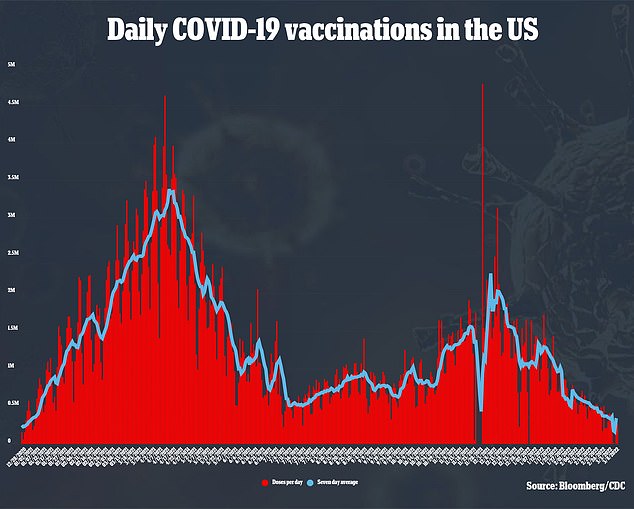 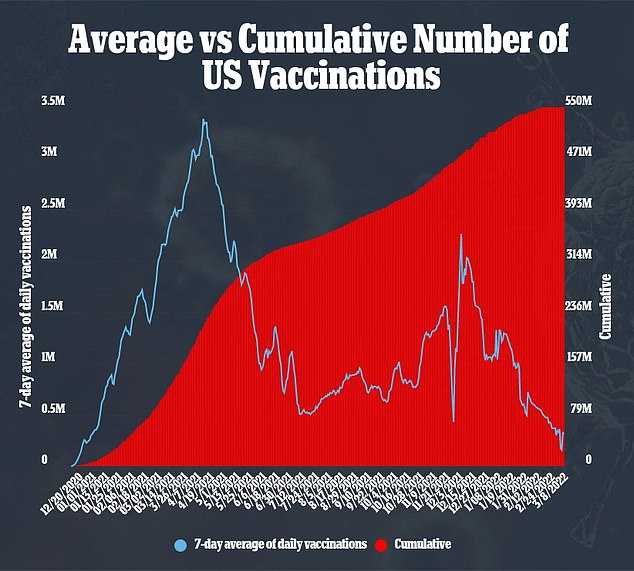 Florida officials do not give a blanket recommendation for children with underlying health conditions or comorbidities to get the shot either.

‘For children with underlying health conditions or comorbidities, COVID-19 vaccines should be considered in consultation with your health care practitioner,’ the letter reads.

‘Parents are encouraged to discuss the risks and benefits with their children’s health care practitioners when evaluating whether their child should receive a COVID-19 vaccine, particularly for children with underlying health conditions or comorbidities.’

During Monday’s conference, the Surgeon General said the guidance would apply to ‘healthy’ children, but did not clarify what constituted a healthy child.

‘We´re kind of scraping at the bottom of the barrel, particularly with healthy kids, in terms of actually being able to quantify with any accuracy and any confidence the even potential of benefit,’ Ladapo said during a roundtable. 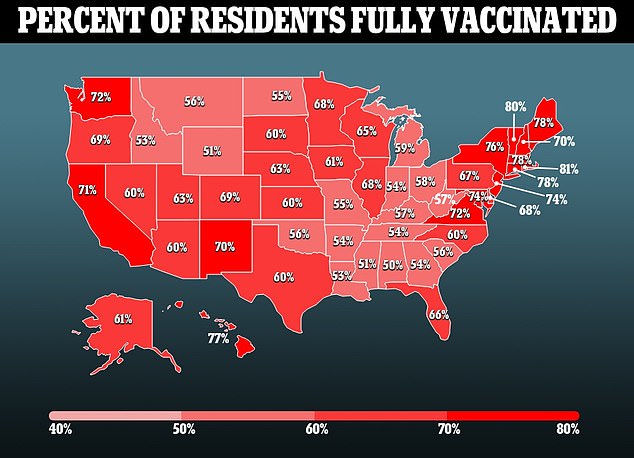 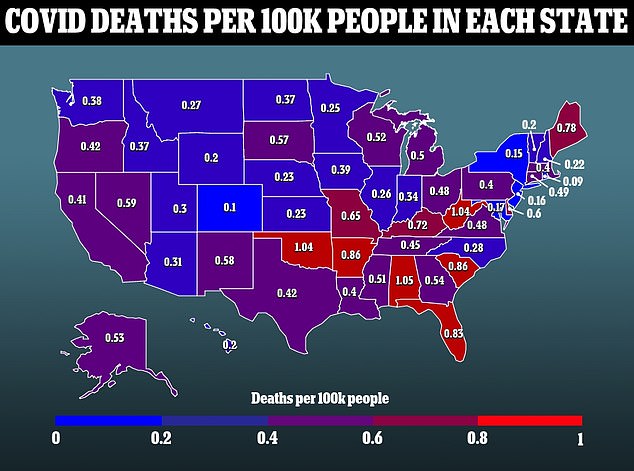 Malone was also a member of the roundtable. He is the inventor of mRNA – the technology used for the Pfizer and Monderna shots.

He has been under fire recently for making false statements about the shot that have been described as anti-vaxx.

The Florida state Senate confirmed Ladapo as surgeon general despite criticism that his virus health policy is too aligned with the anti-lockdown and mandate politics of DeSantis.

He has managed to already become a controversial figure in the state, pushing drugs like ivermectin and hydroxychloroquine as treatments for the virus despite no evidence supporting them.

Some health experts have shown concerns about vaccinating kids, or doubts about their necessity, in recent months.

Children face little risk from COVID-19, with an ever-growing trove of data showing that they are not nearly as affected by it as adults are. 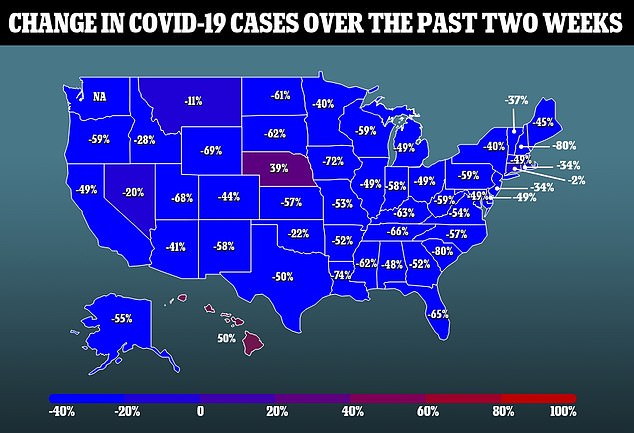 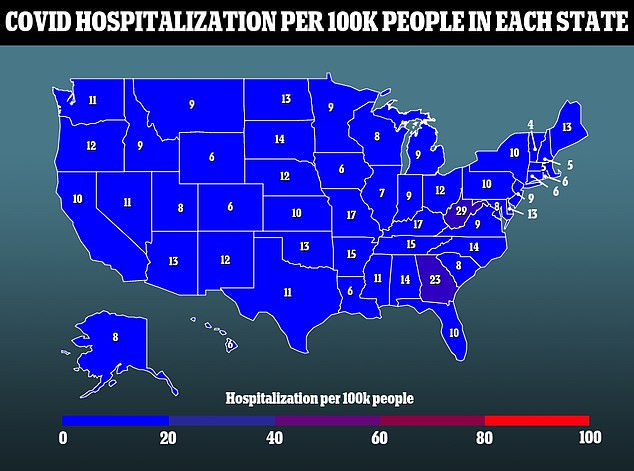 The CDC reports that children only account less than 0.1 percent of Covid deaths in the US since the pandemic first began.

The agency did not immediately respond to a DailyMail.com inquiry about its response to the issued guidance.

A study from the University of Utah last year found that 50 percent of pediatric Covid cases are asymptomatic. The study was performed before the more-mild Omicron variant emerged, meaning the risk for children to even feel symptoms are likely lower now.

Children may also be less likely to spread the virus when infected, with a German study finding that they release as little as only 25 percent of virus particles as adults do.

Data revealed by New York state officials at the end of last month also found that the shot was only 12 percent effective at preventing Covid infection for children aged five to 11.