Covid can may be able to infect and damage a person’s penis and testicles, a new study finds.

Researchers from Northwestern University Feinberg School of Medicine, in Chicago, Illinois, found in a study of monkeys that the virus could infect the cells of male genitalia, and cause long-term harm. 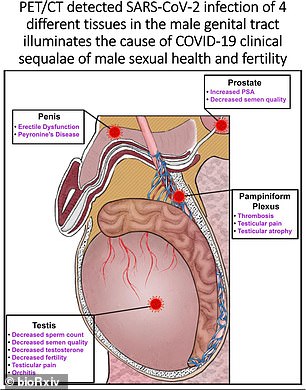 Researchers found that COVID-19 infecting a person’s penis, testicle and prostate cells can cause a variety of health issues

Previous research has found that male survivors of the virus sometimes suffer erectile dysfunction and other genital tract issues, though it is often believed to be a result of inflammation as an immune response to the virus.

These researchers now believe that it is the virus itself, not the immune system, causing genital issues for infected males, changing the calculous for how this type of condition would be treated.

Researchers, who posted their findings last week in bioRxiv pending peer review before journal publication, performed research on three male rhesus macaques, a breed of monkey often used for such studies because they have many genetic similarities with humans.

Each of the monkeys had body scans performed on them after they were infected with the virus in an effort to detect where traces of the virus were visible.

Dr Thomas Hope, lead researcher and a biology professor at Northwestern, told the New York Times that ‘the signal in the penis was off the radar.’

Researchers found spread of the virus in the penis of all three animals. One of the animals had infection in its testicles as well.

The findings indicate that the virus managed to infect and spread within the monkey’s penis, likely causing the animals genital tract issues, like erectile dysfunction. 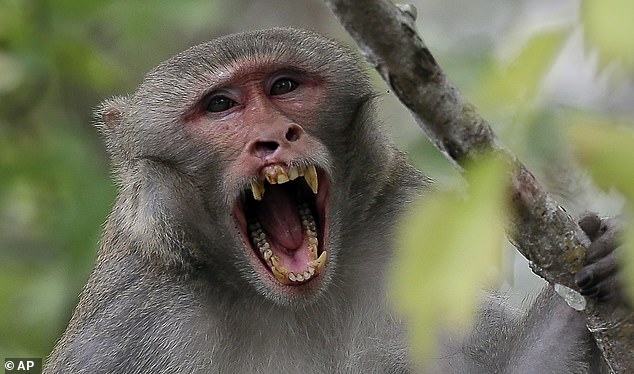 The study was performed on male rhesus macaques (pictured), a type of monkey that has many genetic similarities to humans

Researchers believe this type of spread can cause major damage to the region of the body in both animals and humans.

Virus spread in the penis can cause erectile dysfunction and peyronie’s disease, a condition where a person feels intense pain when they get an erection.

Covid spread in the prostate can lead to decreased semen quality and even put a person at a higher risk of developing prostate cancer.

In the testicles, the virus can decreases the count and quality of sperm and reduce testosterones levels.

An infected male may also feel inflammation or pain in their testicles.

Previous research has found a link between COVID-19 infection and the development of erectile dysfunction.

A study published last year by the University of Florida found that men who had recovered from the virus are three times more likely to develop the condition than those that had not.

Men with pre-existing risk factors like obesity, or a heart or respiratory condition showed an even higher rate of erectile dysfunction. 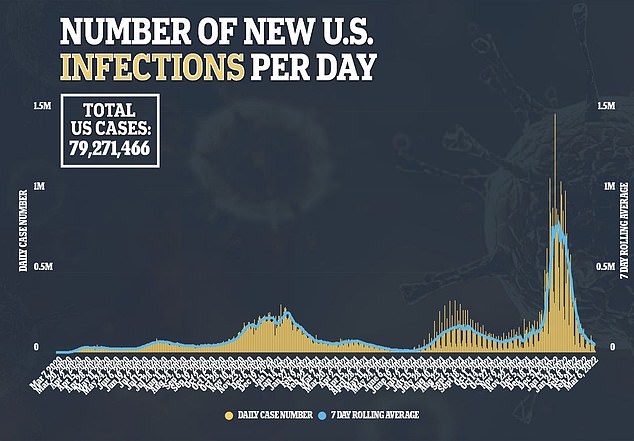 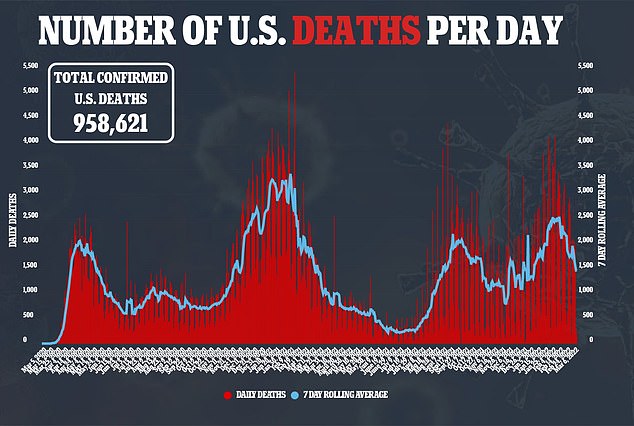 May have attributed this to inflammation as an immune response to the virus, which is the cause of many ‘long Covid’ symptoms – often placed under the umbrella of MIS-C.

In this case, though, the virus itself is binding itself to the body and causing long-term harm to those that it infects.

‘The receptor that the coronavirus binds to is abundant on the penis and tests,’ Dr Joseph Katz, a dentistry professor at the University of Florida that led last year’s study, said.

‘The virus can bind to those areas. And research has shown that COVID can reduce the amount of testosterone produced. The loss of testosterone has been shown to put someone at risk of having a more severe outcome from COVID-19.’